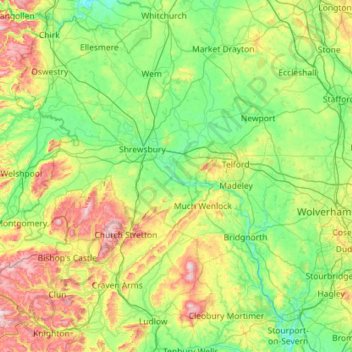 The climate of Shropshire is moderate. Rainfall averages 760 to 1,000 mm (30 to 40 in), influenced by being in the rainshadow of the Cambrian Mountains from warm, moist frontal systems of the Atlantic Ocean which bring generally light precipitation in Autumn and Spring. The hilly areas in the south and west are much colder in the winter, due to their high elevation, they share a similar climate to that of the Welsh Marches and Mid-Wales. The flat northern plain in the north and east has a similar climate to that of the rest of the West Midlands.